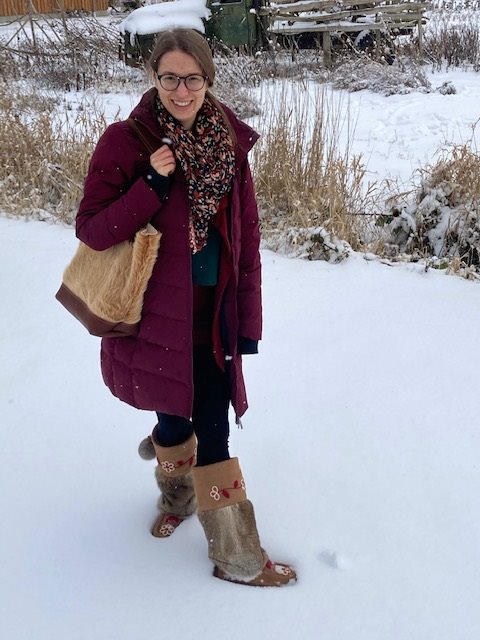 Taanishi kiiyawow. As Rachel Chong greets me in Michif, the native tongue of her people, she smiles brightly. “I’m in no way an expert, but I’ve been trying to learn the traditional language of my ancestors recently. I’m still very new at this.” Crediting her newfound skill to St. Albert Further Education, where she recently enrolled in an introductory course to connect with her Métis heritage, learning Michif is just one of the many ways Rachel is reacquainting with her family’s past.

Descended from Alexander Wilkie, father-in-law to the prominent Métis leader, Gabriel Dumont, Rachel’s family originally hails from St. Boniface, Manitoba, but moved to the West Coast in the mid-60s to escape the rampant prejudism there at the time. “When searching for employment, my grandfather [Maurice Bousquet] would show up to an interview and [the employer] would see him and say, ‘Oh, you’re not French; You’re Indigenous,’ and suddenly they’d have 101 reasons for why they couldn’t hire him. He had heard things were better on the West Coast and so, here we are three generations later.”

Born and raised in the Lower Mainland, Rachel and her family reside on the traditional territories of the Kwantlen, Katzie, Stó:lō, Stz’uminus, WSÁNEĆ, and Tsawwassen First Nations, in what is now known as Delta, BC. “Delta is a unique landmass in that we’re pretty much situated near all bogland, which is a combination of water and spongy moss. Robin Wall Kimmerer [in her book, Gathering Moss] compares bogs to Water Drums, which is a sacred Indigenous instrument. She describes them as the drums of the land and a way for us to communicate to each other and to the spirit world, which I thought was really beautiful.” As much as she loves where she lives, Rachel takes a moment to pause and reflect. “It’s interesting being Indigenous, but not Indigenous to the land you’re living on. While I may be considered Indigenous to Canada, ‘Canada’ is a colonial construct, so as an Indigenous person, I really am on other people’s territories and must be respectful and mindful of that.” To do so, Rachel acknowledges the land through a territorial honouring. “It really is a way to honour the people who’ve been here before us, who have historically been stewards of the land and resources we’re all benefitting from today, and who continue to fight to protect the environment.” Rachel points to the recent headlines regarding Fairy Creek on Vancouver Island, where Premier John Horgan announced earlier this month that BC would defer old-growth forestry for two years after a social media uproar brought light to the dire situation. “That [movement] was primarily led by Indigenous Peoples, who now have rights as part of the BC legislation to continue to protect the land we share. So we have to remember that.”

Not knowing what she wanted to do after graduating high school, Rachel turned to the Communications program at SFU. “The plan was to go into marketing for nonprofit organizations, but when I started doing co-op work terms, I decided that profession wasn’t for me.” It was then, that Rachel enrolled in the Master of Library and Information Studies (MLIS) program at UBC, which combined her love of reading with a part of herself she wasn’t full acquainted with yet. “The MLIS program was where I first started learning about Indigenous Histories and my first real taste of Indigenous practices in librarianship. I chose UBC because it was the only program in the country with a First Nations’ Curriculum Concentration (FNCC). What really attracted me to [the program] was the impact I saw [in my day job working in public libraries] that librarians were having with community members. There’s a real need for people to continue learning beyond the formal school structure, so that was something that really spoke to me.” While studying at UBC, Rachel focused on Indigenous picture books, particularly Métis representation within children’s literature. “There wasn’t a whole lot out there in terms of representation. Nowadays, there is so much content being published, especially from the Gabriel Dumont Institute, so we’re starting to see things like fiddling, jigging, and bannock-making appearing more and more in books than ever before.” Today, Rachel is part of a local steering committee that vets literary content to ensure it is being told through authentic Indigenous lenses.

In her role as the Indigenous Engagement and Subject Liaison Librarian (in addition to being the
Anthropology Subject Liaison Librarian) at KPU, Rachel regularly runs workshops for KPU faculty and instructional staff to better increase Indigenous visibility throughout the institution. Her most popular workshop, Indigenous Resources for Virtual Classrooms, touches on such special topics as the Truth and Reconciliation Commission’s 94 Calls to Action and how to broach the subject of land treaties, and provides respectful resources that instructors can incorporate into their curriculum. Not to mention, Rachel’s workshop fills up faster than any other Teaching & Learning offering to date. “I’m really proud of that one because it introduces instructors to resources they may not have even known about until now.”

As the only Indigenous Librarian at KPU, and the first person to be in this role, a part of Rachel’s job is to constantly rethink the wheel and identify areas within the university to raise awareness. “I try to do everything I can. Aside from running workshops, I’ve launched an 8-part Indigenous Information Literacy video series, revamped our Indigenous Studies Library Guide, soft-launched a PressBook on Indigenous Information Literacy, and am currently working with Linda Woodcock in Cataloguing to add local subject terms to Indigenous authors’ books in KPU’s library.”

At the heart of what she loves about working at KPU, Rachel mentions community. “Steve Cardwell has done a fabulous job in gathering people together who have a real interest in Indigenous content. It’s been really nice to get so many diverse perspectives during the Indigenous Advisory Committee meetings – from the Kwantlen, Semiahmoo, and Katzie First Nations, as well as urban groups like the Vancouver Aboriginal Friendship Centre Society – that you wouldn’t normally get to hear or learn from.” Though community building has taken a hit since the onset of the pandemic, Rachel says those connections and relationships have continued on despite setbacks. “Meeting people online is a strange thing. It’s not the same experience as being in person, but since shifting virtually, a significant number of faculty have reached out to me since there’s much more flexibility now to meet on Zoom or have a quick conversation through Microsoft Teams.”

As we broached the topic of how KPU should continue to promote Indigenization within the greater community, Rachel’s eyes light up. “I’d like to see us continuing to hire more Indigenous Peoples. There are so many different cultures and backgrounds across the country and the more diverse representation for all Indigenous Peoples, the better. You know, we’re not a monoculture. Even within Indigenous Nations, there’s a lot of diversity there, and to emphasize just how different we all are, and to bring those different perspectives to the table, really goes to show how inclusive KPU is and can be.”

When asked how she’s been keeping busy during the pandemic, Rachel shares that virtual nature walks on Instagram and a passion for beading circles have helped. “I love beading,” Rachel says, displaying a stunning pair of handcrafted earrings she made that tells the story of a sun setting over the ocean. “I’d love to eventually run some fundraisers in memory of the 215 children found on the grounds of the Kamloops Residential School. And other projects, too. The fact that even after COVID, First Nations across Canada still don’t have access to clean water is just appalling. If I can do anything to contribute, even if it’s just beadwork and awareness, every bit helps.”

Looking toward the future, Rachel believes that community-building and inclusion can go the distance. “I’d really like to create an Indigenous space in the Library someday. Now, what that looks like, I’m not sure, but I’d want to be as authentic as possible and consult local Indigenous Elders in order for it to best serve the greater KPU community. I think there is a real opportunity there to feature Indigenous authors from across North America and beyond and incorporate collaborative art work from Indigenous KPU students and just really make it a space where people can gather and tell stories.”

In the short time that I spoke with Rachel, it is clear that her influence extends far outside the reaches of KPU’s Library. While advocating for the voices of all Indigenous Peoples to be heard, Rachel reminds us why Indigenization in higher education is so important in reconnecting with the land, in honouring those who walked before us, and in creating deep and meaningful connections to those we work and interact with. In doing so, we lay the groundwork for future generations where inclusivity and relationship building go hand-in-hand with KPU and the greater community beyond its five campuses. 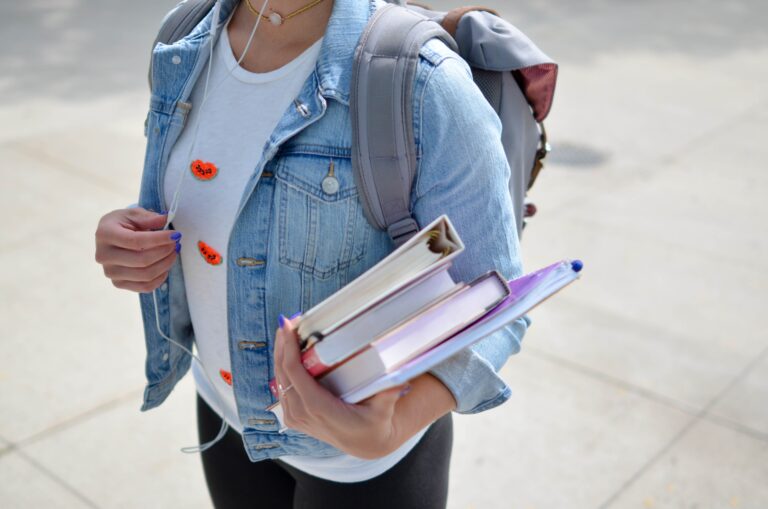 “Take care” — it was probably one of the most used phrases of 2020. As we worked through a pandemic, environmental catastrophe, social and political unrest, and economic uncertainty many of us started to think more deeply about the role of care in our classrooms and institutions. Pedagogical care is not a new concept, of… 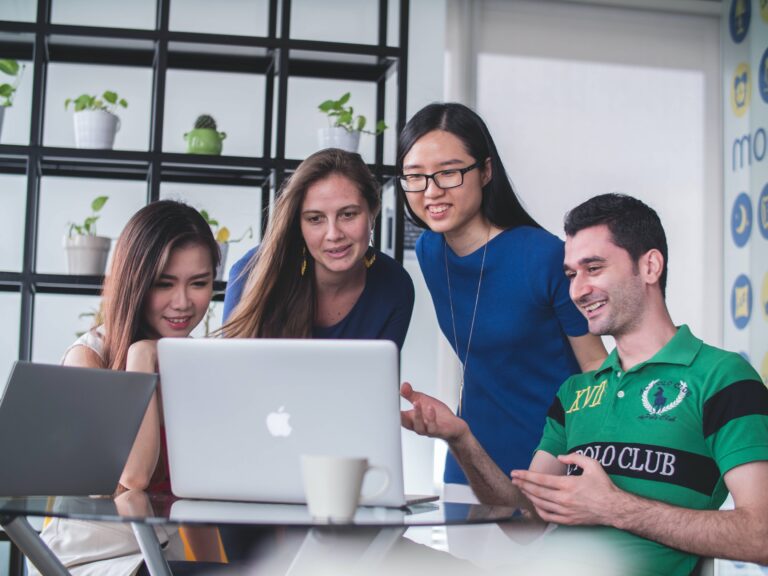 As we enter each new semester, we look forward to greeting our students, anticipating their journey of learning and development, hopeful for what our students will achieve. In the midst of that hope, our expectations may be tempered with our knowledge, gained from past experience, that some of our students may not succeed. If only… 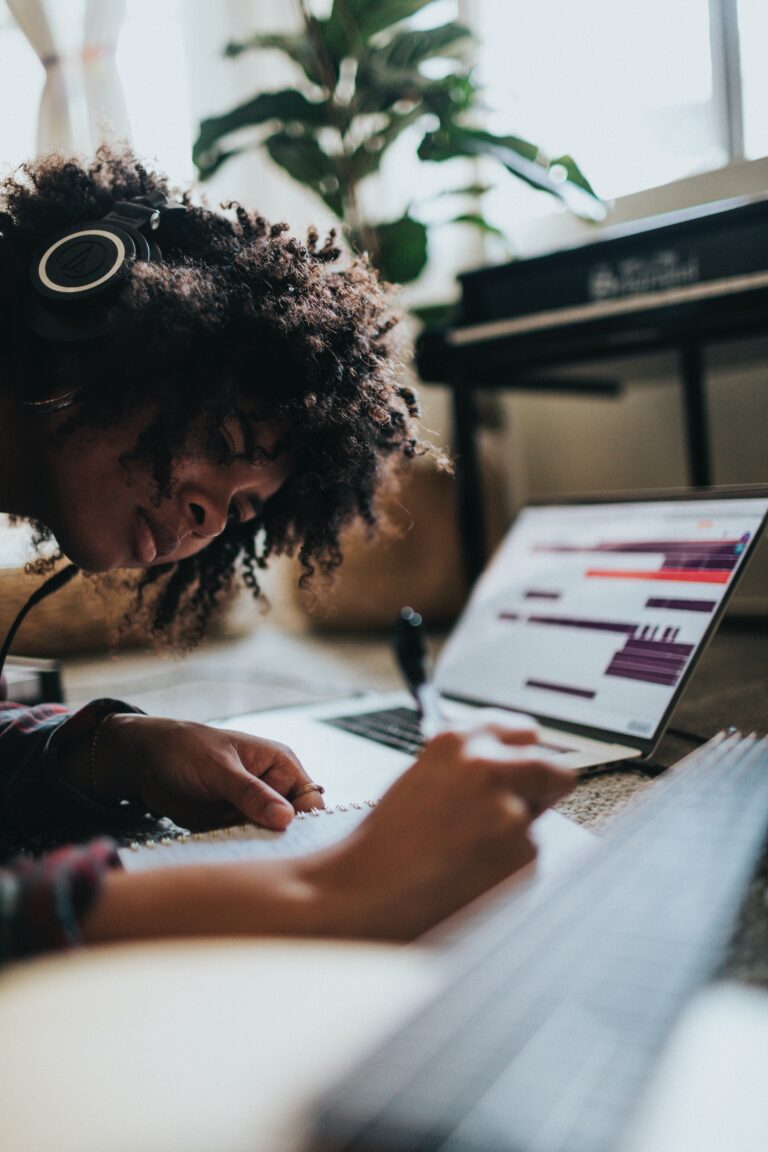 You’ve designed a major assignment or project that challenges your students and allows them the opportunity to integrate their learning.  You’ve been intentional about selecting relevant topics.  You’re excited to see the results of your students’ work.  And then it happens – the assignments come in, and you realize that many students have missed the…

This week, Lesley and Seanna have teamed up to share some new thoughts on engagement. In the right hands, amazing things can be done with online activities, discussions, and assessments. The BIG DEAL though: yours are not the only hands. Engagement is grown by everyone in the class by taking our time in knowing and… 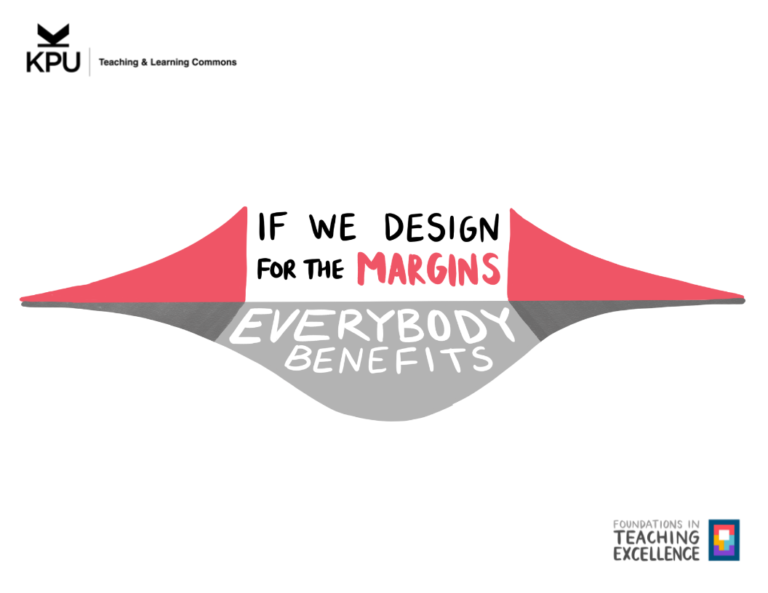 Recently, I gave a virtual keynote at the 2021 OLC Accelerate Conference. The title of my talk was 20/21: A Pedagogical Journey. In it I reflected on the journey of higher education over the past 18 months, including the many lessons learned and some of the lessons that have gone begging. In this post I share two… 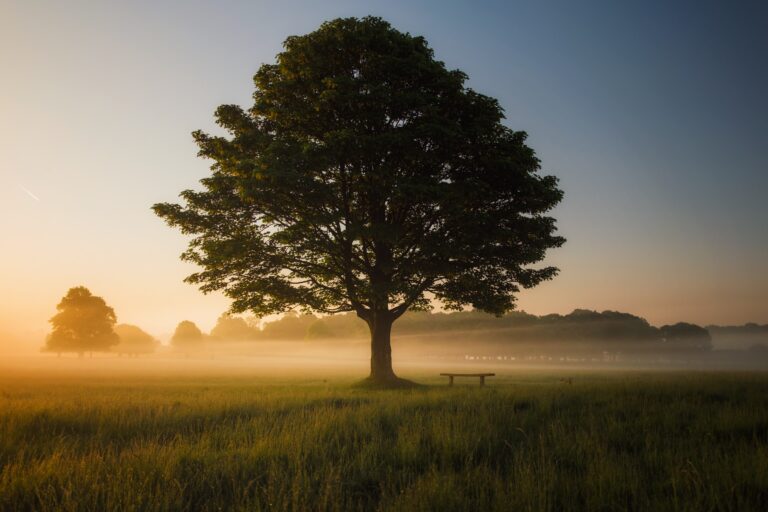 As 2021 was drawing to a close, I found myself reflecting on the challenges and successes of the past year and anticipating a more normal 2022. As we began the New Year, it was clear that it would not be normal, and I began to wonder what normal even is? The pandemic continues to challenge…